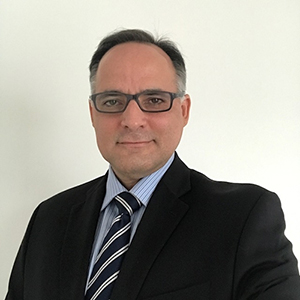 He advises both local and multinational corporations doing business and investing in Venezuela in the regulatory aspects of their activities, investments’ protection, and national and international litigation.

His experience in Public Law, Antitrust, and Arbitration and Mediation has been recognized by Chambers Latin America and Best Lawyers. Prior to joining InterJuris Abogados, Mr. Ortiz-Alvarez worked as a partner at a leading Venezuelan law firm.

Luis is listed as an arbitrator at the Mediation and Arbitration Business Center in Caracas (CEDCA) and the Arbitration Center of the Caracas Chamber (CACC). He is a former First Alternate Judge of the Third Superior Judicial Review Court of the Caracas Metropolitan Area, and has acted as associated Judge in public law matters. He is also a member of the Venezuelan Association of Administrative Law, the Caracas Bar Association, and the Venezuelan-American Chamber of Commerce & Industry (VenAmCham).