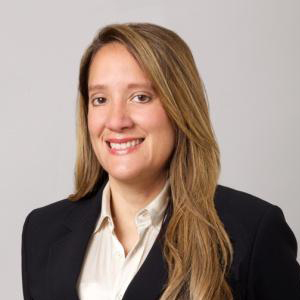 Gabriela Rachadell de Delgado is a Partner, Member of the Executive Committee, and Head of the Energy Department at InterJuris Abogados. She has worked extensively in the negotiation and incorporation of oil mixed companies advising foreign oil companies doing business in Venezuela. She has also advised gas companies in all bidding rounds for gas licenses. In the past, she participated in the conversion process of operating and association agreements into mixed companies involved in Venezuelan oil development projects. She has provided legal advice to oil and gas service companies and downstream companies, as well as infrastructure projects. She has been involved in high-profile project financing and the financing of large-scale projects with oil proceeds.

Gabriela has also been recognized among the world’s 50 leading women in the Energy area who received the Key Women in Energy – Global Award 2005. Legal 500 Latin America, Who’s Who Energy 2014, and Chambers & Partners Global and Latin America recommend her achievements.

She has been invited as a speaker at events on energy worldwide. Some of her lectures have included: